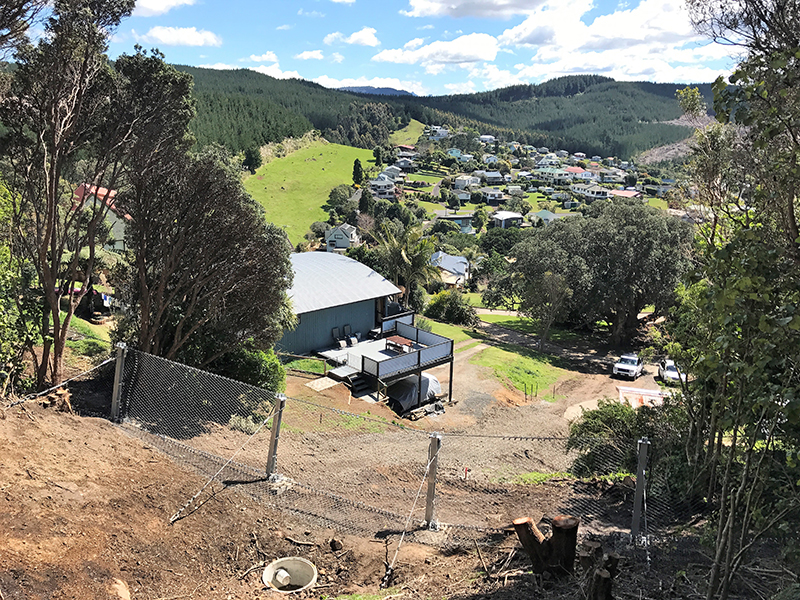 In early 2017, a sub-tropical cyclone ravaged the Far North and Coromandel regions of New Zealand’s North Island. Main roads were affected by under- and over-slips, closing many strategic routes. Houses were swept down hillsides and properties severely affected. In Onemana, the intense rain saturated a steep slope behind several properties. Eventually, the slope failed which created a shallow landslide in the order of 300-400m3 in volume. The landslide swept a small building and cars off the side of the hill, leaving one vehicle 3m up in a tree. Nearby residents were evacuated until a solution could be developed to protect the properties from future failures.

We were invited by Ormiston Associates to design the permanent solution. Following a site visit, geotechnical mapping, and a full 3D drone survey, the slope was modelled to assess the likelihood and severity of any future potential failures. The final design consisted of a 35m long 3.5m high Geobrugg SL-150 shallow landslide barrier. The system required both lateral and upslope anchors to support the structure, as well as robust reinforced concrete foundations for the posts. A total of seven posts were required to support the SPIDER® mesh panels.

The drilling was undertaken using one of our SuperNailer™ drills, with a small 10-tonne excavator used to assist in the barrier construction. A 300m2 dimensioned TECCO® mesh system was also constructed using rope-access techniques. 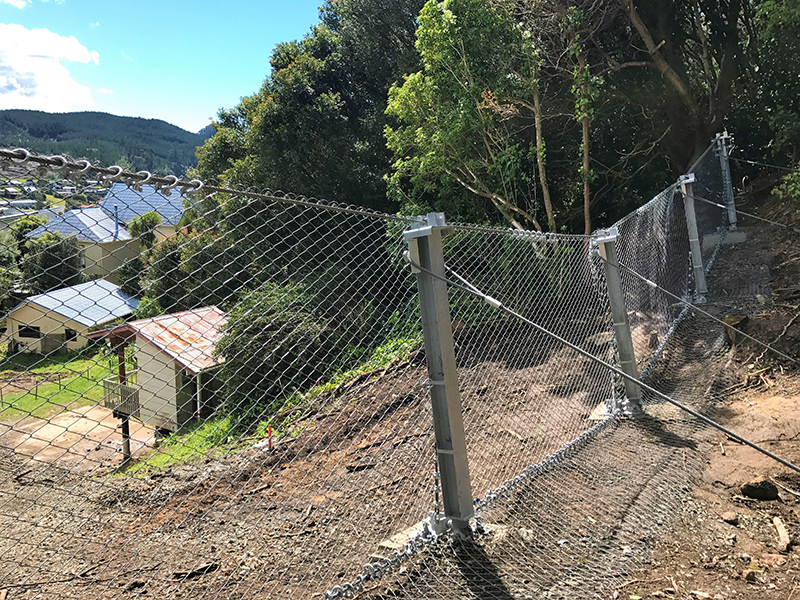 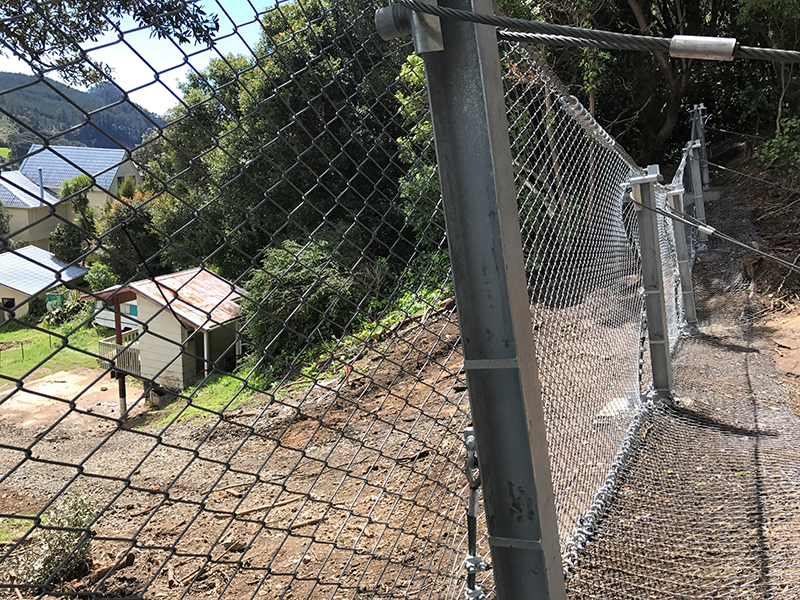 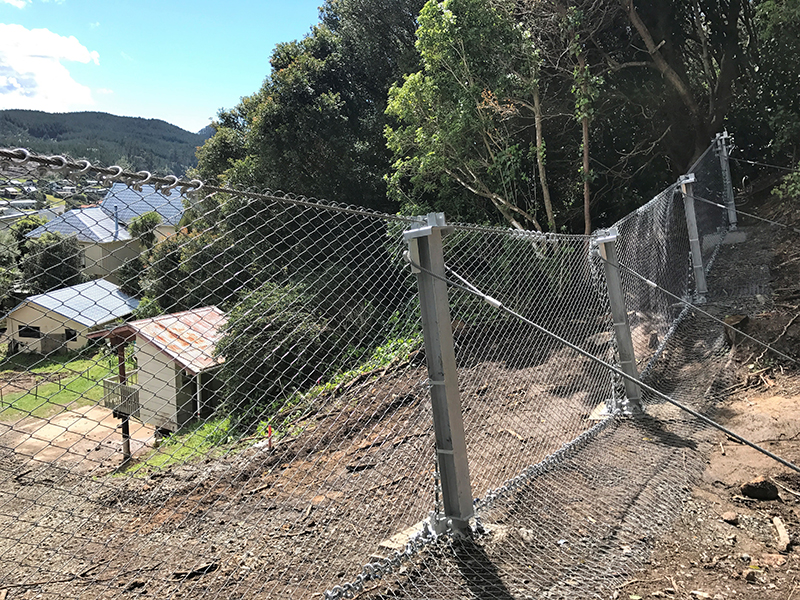 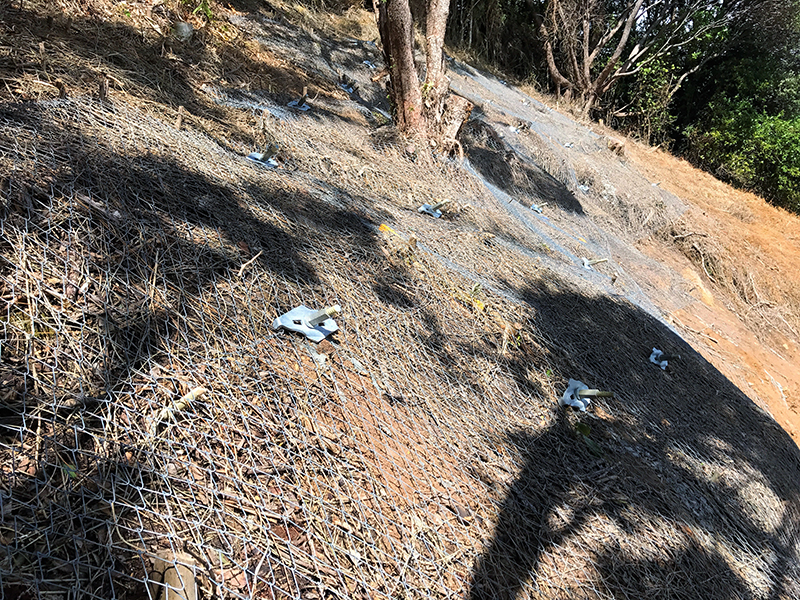 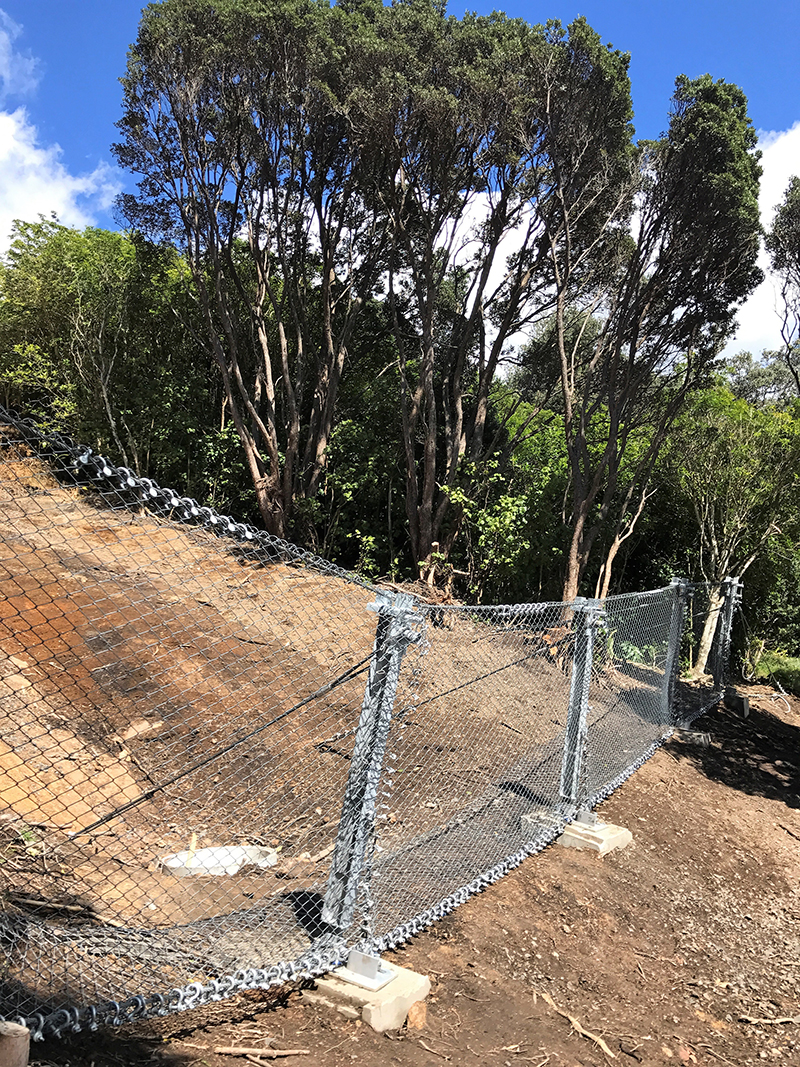 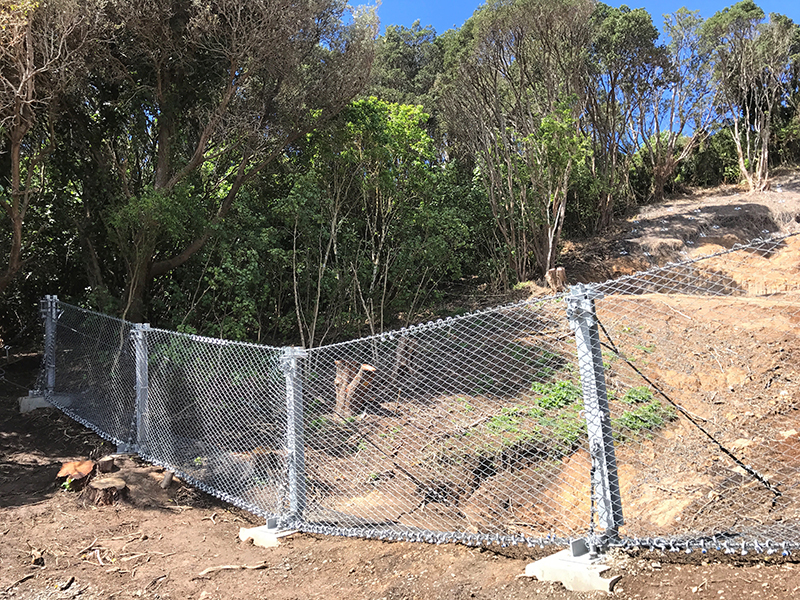 The narrow winding TeKoa Road, in North Canterbury, is supported over a short 30m section above the Mandamus River by an aging four-metre high gabion wall.