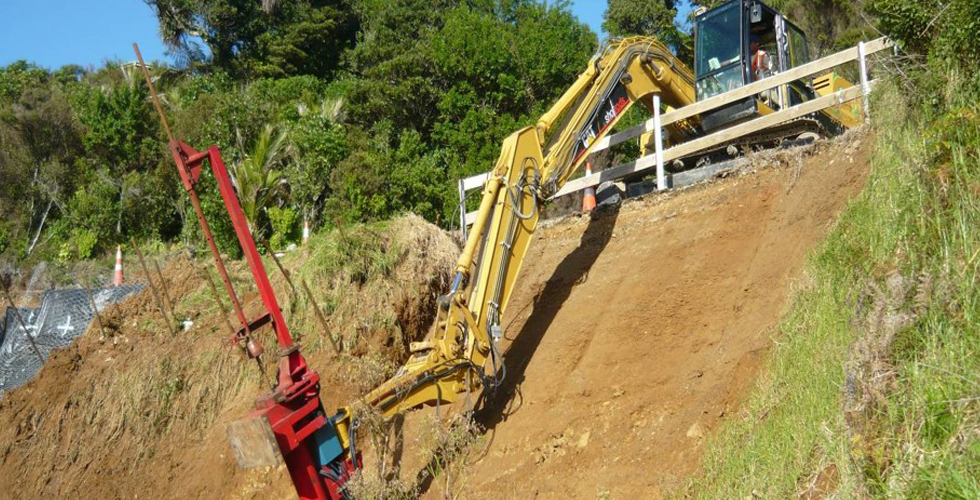 Originally developed by the British military to launch chemical weapons, the Soil Nail Launcher™ is a compressed air cannon that can accelerate a a 38mm diameter, 6.5m long steel or fiberglass tube to 400 kph in a single shot.

Dynamic installation results in distinct benefits over conventional nailing techniques. First, as these high speed projectiles enter the earth, they generate a shock wave that causes the soil particles to elastically deform or “jump away” from the nail tip. The bars enter the earth without significant abrasion or loss of exterior corrosion protection. The soil particles then collapse onto the bar in a relatively undisturbed state, yielding pullout capacities up to 10 times that of driven or vibrated rods or tubes. Lastly, Launched Soil Nails increase soil density in the nailed area. In contrast, conventional open-hole drilling techniques allow the soil to relax prior to installation, which can adversely affect bond capacity.

Launched Soil Nails also can be perforated to allow for horizontal drainage and pore water pressure relief, and are the only technology available that provides continuous axial capacity and drainage with the same element. Alternately, the perforated nails can be pressure grouted with a variety of materials to increase bond capacity and soil properties throughout the nailed region. Once pressure grouted, an epoxy-coated inner bar can be installed inside the tube, creating a robust, corrosion resistant Launched SuperNail®.

The Soil Nail Launcher™ typically is mounted on a modified tracked excavator. However, it can be mounted on vehicles, long reach excavators, or crane basket frames. It weighs about 1.8 metric tonnes, making it portable and able to reach remote locations. The launcher unit has full articulation, allowing it to work around overhead wires, underground utilities, and guard rail.

The United States Forest Service, the Federal Highway Administration, and three state departments of transportation sponsored a 1992 demonstration project for the Soil Nail Launcher. Those agencies spent over $250,000 and concluded that this new tool was a faster and less expensive way to install soil nails in some situations. EM 7170-12A “Application Guide for Launched Soil Nails” contains some of their findings.

The second Strategic Highway Research Program (SHRP2) recently selected launched soil nails as a technology that achieved their goals of providing: rapid renewal of transportation facilities; minimal disruption of traffic; and production of long-lived facilities. Their most recent work, titled “Geotechnical Solutions for Soil Improvement, Rapid Embankment Construction, and Stabilization of the Pavement Working Platform” was sponsored by the Federal Highway Administration in cooperation with the American Association of State Highway and Transportation Officials (AASHTO), and was administered by the Transportation Research Board of The National Academies. Read more about the study at www.geotechtools.org. 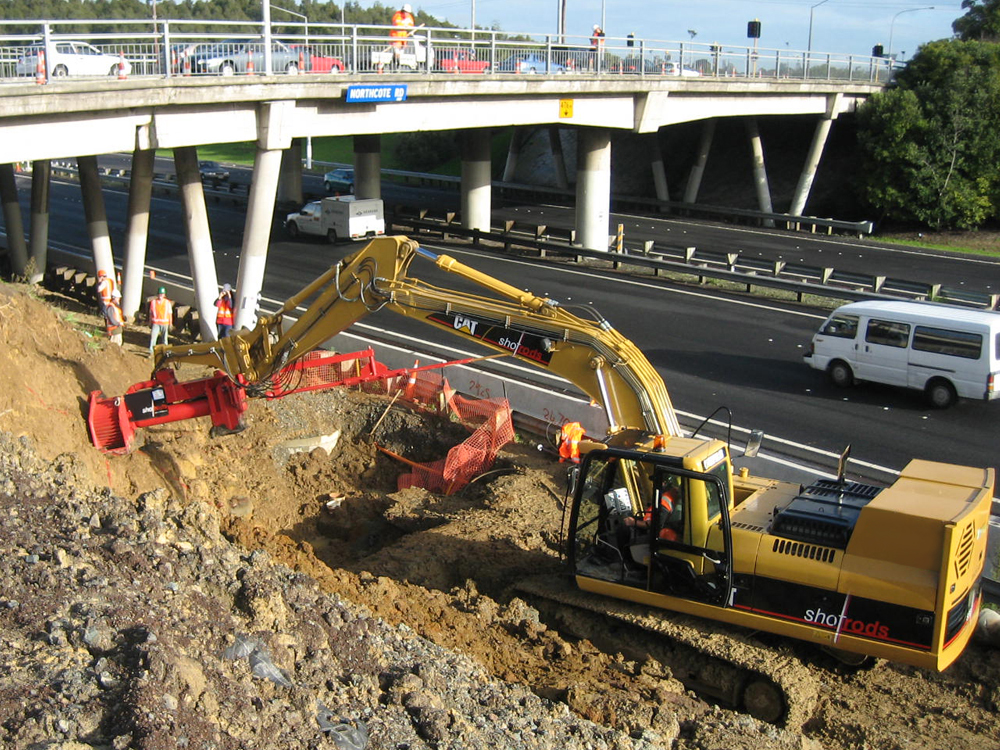 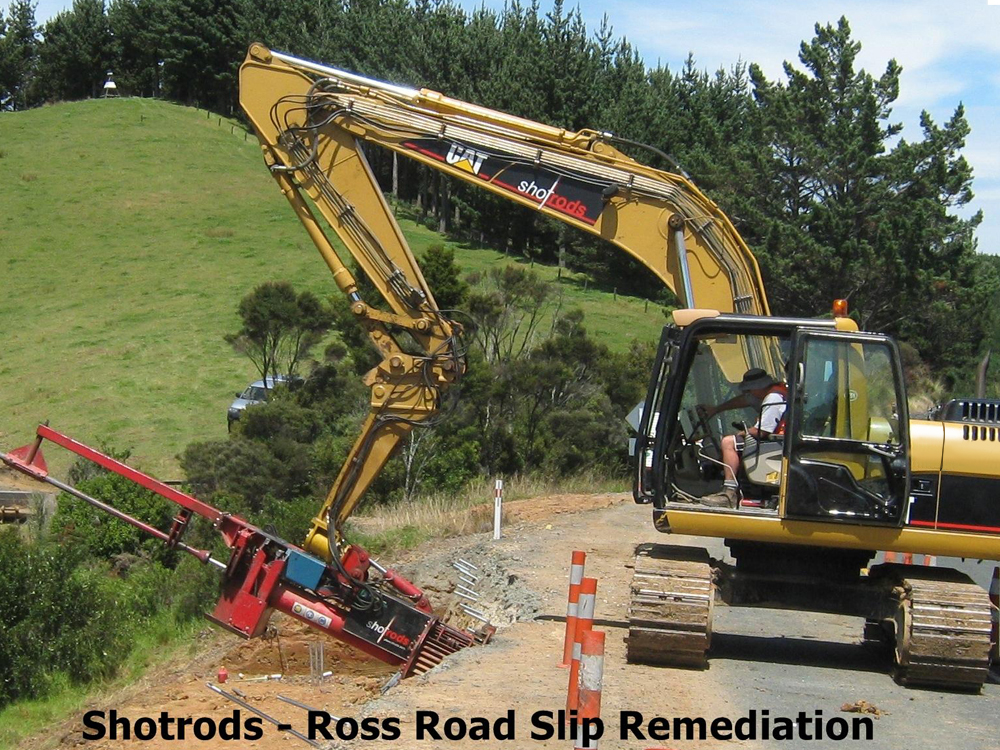 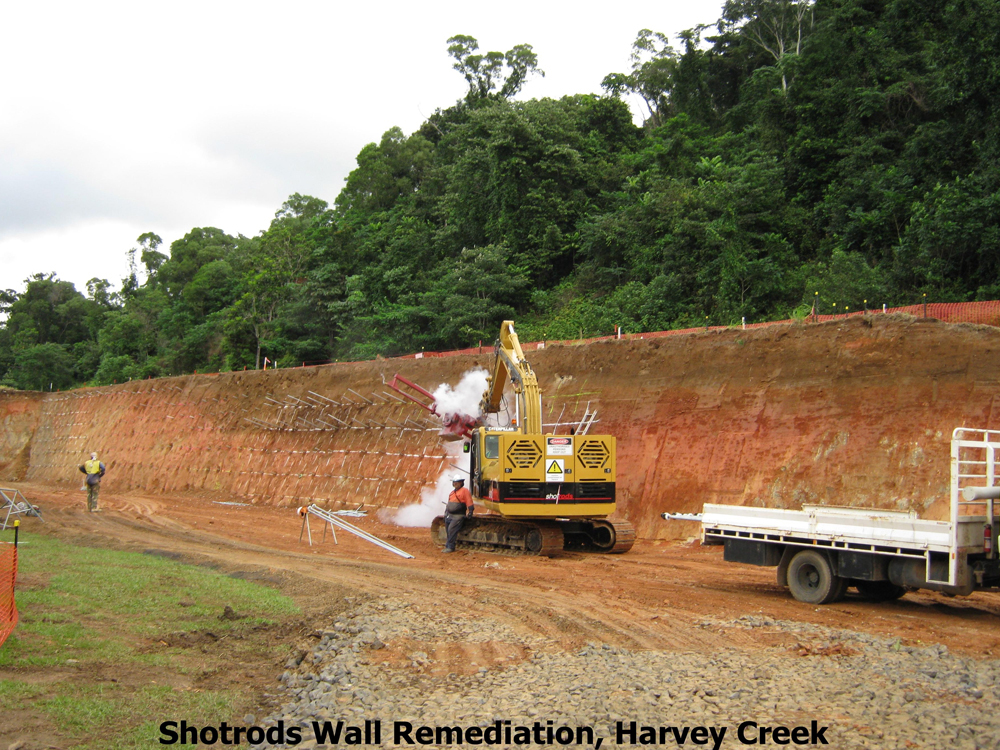